Last night Gordon Whiteford, my fellow Nuffield Scholar, and I arrived in Kenya for a three week tour of Kenya and South Africa. Our first hosts are Henry Wainwright and Louise Labuschagne of Real IPM Kenya. Louise first came to my attention when she spoke last year at the Oxford Farming conference and I was sent a video of her performance.

Henry and Louise are a British couple who came to Kenya about 12 years ago and started a company which produces biopesticides which control various insect pests. The business/farm covers 20ha and employs 190 people and they sell biopesticides around the world (but currently not in Europe, although they are looking to get their products registered here). Personally one of their products is of interest to me as it could control bruchid beetle in faba beans which is becoming very difficult due to insecticide resistance.

This morning Louise showed around some of their site. First we looked at their ‘Bags of Hope’, so named by a local bishop as he could see the potential for helping local people. 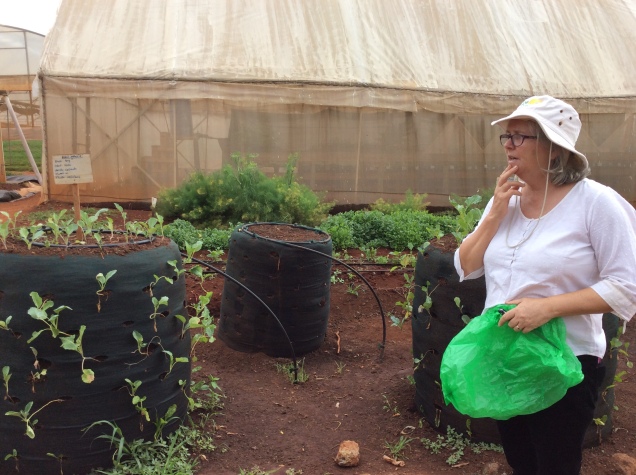 These are bags filled with soil and compost which you can grow plants in vertically. The plant in the picture is similar to kale and you can keep taking leaves and they grow back. You can grow over 100 plants per m2 in these bags whereas on flat ground you would only get 5-6 plants per m2. 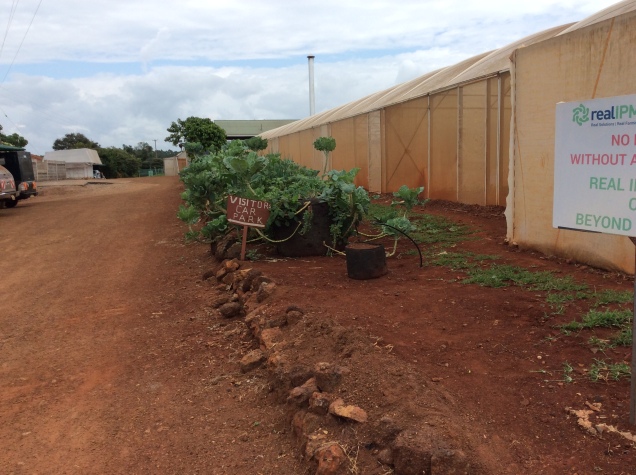 You can see the bags in the background with the kale. They also do different size bags for different plants.

We then went to see some vermicomposting. These set ups are aimed at the smallholder

Then we went to see the biogas plant:

This plant processes the canteen’s waste and produces gas which is then used the cook food for the workers in the canteen.

Louise also has a pregnant Ayrshire cow which she hopes to produces milk from for the canteen:

However, many of the local people prefer goats’ milk so they are also increasing their numbers of goats 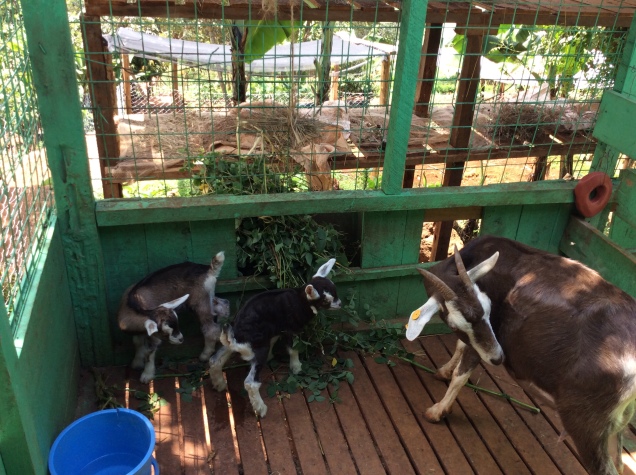 They are also growing a perennial plant called napier for fodder:

Another project they have is growing darkling beetle larvae for chicken feed. which are very high in protein. They are grown in a bran. 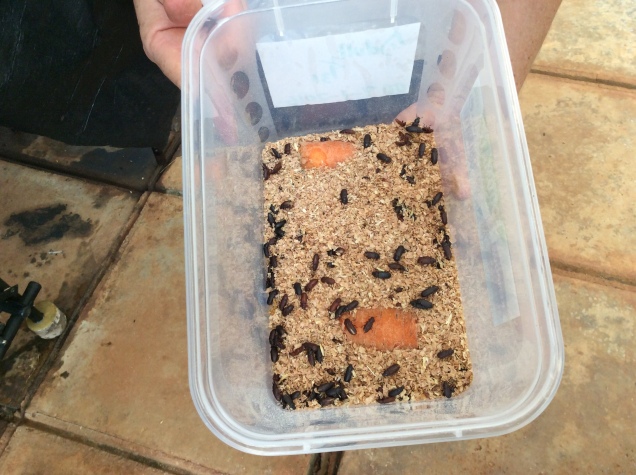 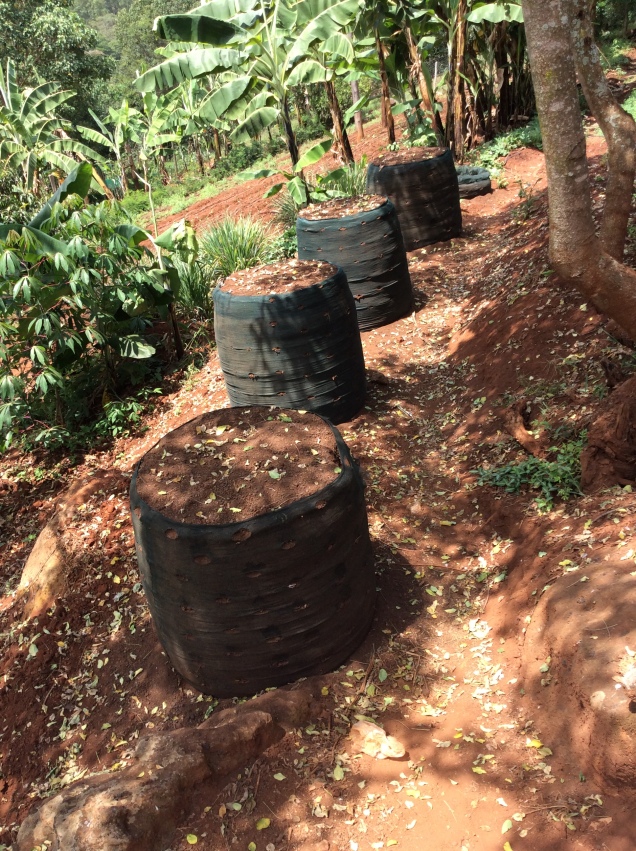 They have their own hens to supply the canteen: 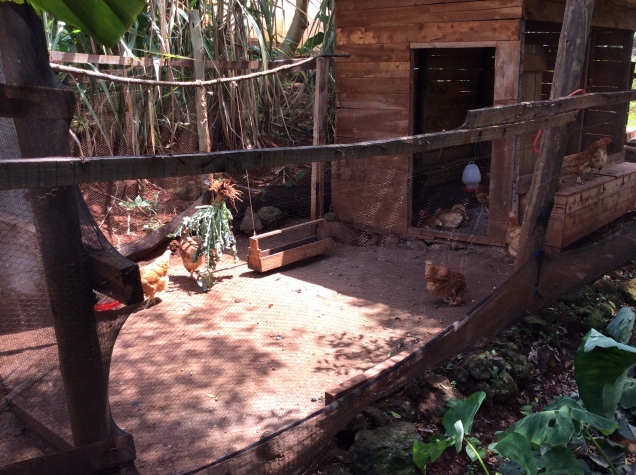 It was a fascinating tour this morning of how Louise and Henry look after and feed their staff in a self-sufficient manner. Also seeing how the small holder side of the business is developing as this is a relatively new development for them. Their main business has been large-scale biopesticide production for large-scale customers. Hopefully when we get back here at the end of the week we can look around this part of their business.