So today, as all days in Josef’s working life, we started with a crop tour of the farm in a helicopter.

Sweden being a highly developed country allows them to highly subsidise farmers for cover crops, organic farming and helicopters. Josef uses his helicopter to keep and eye on his spray operators and tractor drivers and if they stray off his 9m CTF tracks they will get the sack immediately by text from the helicopter! He can also see how well the glyphosate is working on his organic land.

Obviously most of the above is not true but we did get an unexpected helicopter ride this morning. Quite normal for Nuffield!

Josef manages a farm in the South of Sweden. He has a very interesting operation as he has 565ha conventional farm which grows Winter Wheat, Sugar Beet, Spring Barley and Winter Oilseed Rape but he also has 315ha of organic land which grows Peas, Spring Oats, White clover, Fescue and Winter Oilseed Rape. Josef is very keen on soil health and tries to improve the farm’s soils whenever possible. This is in the conventional and organic side of the farm and these complement each other. The organic sector is growing fast and is supported by the government here in Sweden. Every farmer gets paid the Basic Payment for each hectare of £180/ha. If you grow a cover crop (no legumes) which you kill before 20 October , you get £110/ha. If you keep the cover crop until January you get £170/ha. If you are organic you get an additional £150/ha. If you grow organic vegetables you get £500/ha. So you can see cover crops and organic farming are pushed by the government. This is why Josef started to convert parts of the farm three years ago, as he could see an added value growing market.

After our helicopter ride we went to look around the crops (by car). 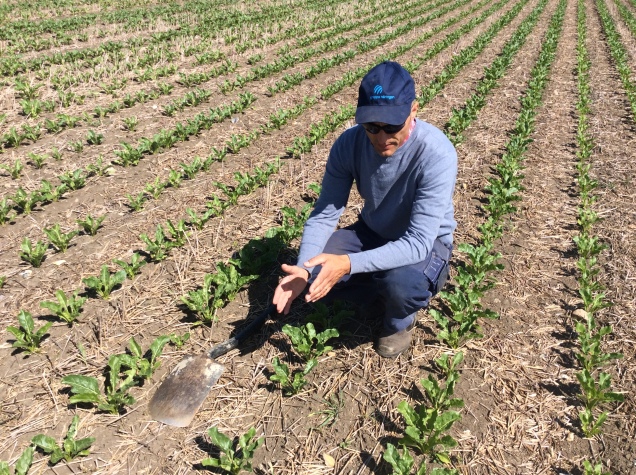 We first looked at Josef’s strip till sugar beet. He was the first to do this around here and some others are now starting to follow. Josef likes strip till beet as the land can hold the harvester in the autumn and the harvester does not make a mess.  This means he can get a crop planted straight into the sugar beet stubble. This field was last year winter wheat which was followed by a rye cover crop. Josef then made the strips in the autumn when he adds P and K at the same time. The beet is then drilled into the cover crop and ready made strip. For next year Josef wants to plant a cover crop such as field beans in the strip in the autumn. This will improve soil structure and hopefully fix him some nitrogen.

Afterwards we looked as his conventional winter wheat. This area normally gets 650-700mm of rain but this year May has been very hot and dry. This means the crops are running out of water fast and are coming into head very early. The wheat is flowering the same as home but here we are a couple of hundred miles further north. Normally the wheat would be at least a couple of weeks behind. This crop will be followed by a cover crop of rye and then put into spring beans. 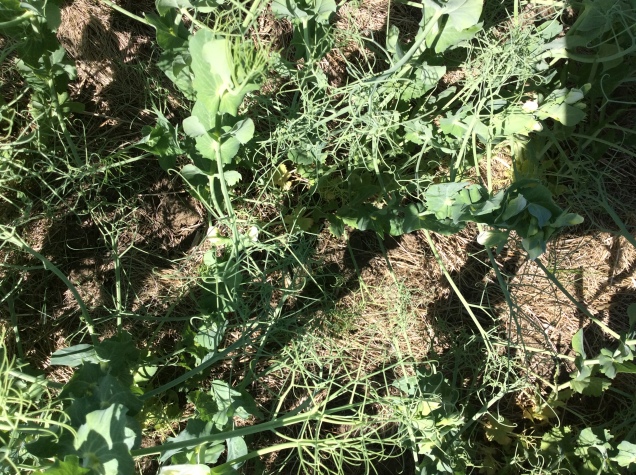 The next crop was organic peas for seed drilled into conventional fescue. This is first year organic so the fescue was sprayed off and then the peas were planted. There were very few weeds, and the fescue residue made a very good weed mulch. The peas looked excellent. This will be a radish and oat cover crop followed by spring wheat for seed next year. 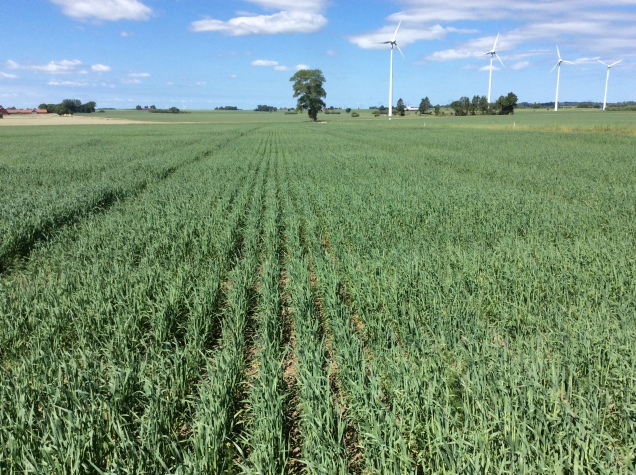 Next, a great third-year organic spring oat crop that had been hoed with the Chameleon. Very clean and healthy, just a bit thirsty!

Next we saw organic white clover for seed. This was undersown into Spring Barley with the Chameleon last year and will be seed for 2-3 years, then followed by organic WOSR. The clover leaves a lot of nitrogen for the WOSR. The clover was grazed recently, Josef has a Joint Venture with a sheep farmer and finds the sheep very useful in organic farming, especially for weed control. Bees are also very important for white clover. They are the biggest return on investment in this crop. The clover will be cut by the double knife four days before harvest.

The double knife is above. This is also used for weed control. It is 9m wide and you can drive very fast. Josef is also now a distributor. Then he will harvest the clover with his stripper header.

Above is organic fescue for seed. He will use the residue in his straw burner.

Josef is always trying something new. Above is a trial in organic spring oats where he drilled directly into the white clover. He was hoping the clover would suppress weeds and give him a very clean oat crop with no need to inter-row hoe. Unfortunately the clover has competed with the oats and reduced their growth. 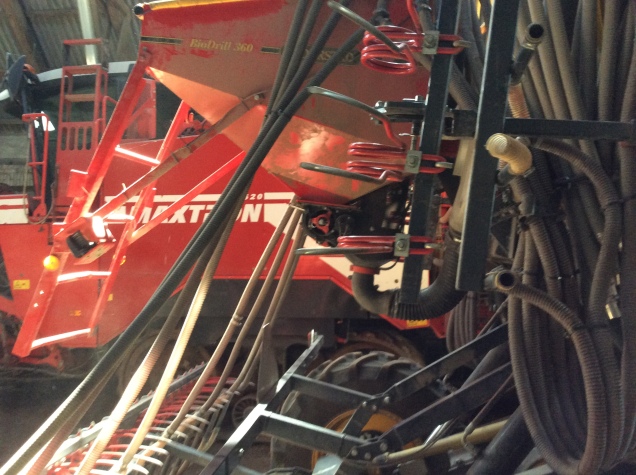 Josef is the kind of farmer who will buy a machine then spend the winter cutting it up, welding it back together and adding bits. He uses the System Chameleon from Gothia Redskap to drill and hoe his crops. He has changed the seed hopper into a fertiliser hopper, added a front seed tank to the tractor, added a bio-drill to the back of his drill for small seeds and slug pellets and also added discs in front of the coulters for when drilling into residue! 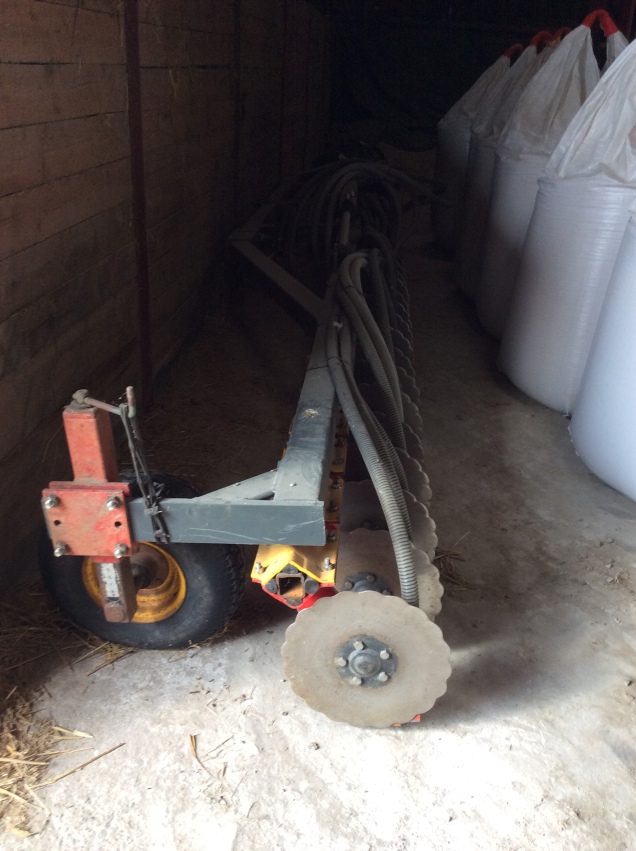 Josef is a real innovator and forward thinking farmer and has also been a great host looking after me for two nights and helping organise my few days in Sweden. Thank you Josef, see you again soon.