On Sunday I had an almost uneventful 7.5hr (660km) drive from Benoit’s farm to Toulouse. Almost, because for a mile I had car after car flashing their lights at me and I knew not why. I checked my lights: they were off. I was on the right side of the road. I started to think it was because I was English, but I was driving a hire car with Spanish number plates. Then I saw why: a wild boar had been hit and was lying in the road. It must have done serious damage to the car it hit and would have ruined mine too, if it wasn’t for the helpful French drivers! 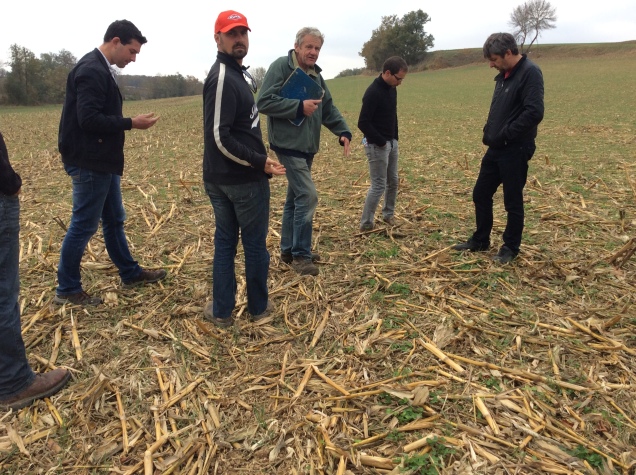 Jean-Paul farms wheat, maize and soya on the rolling hills of this area. For years he only grew wheat and maize but the new three crop rule has changed that. Like all farmers meeting it involved food and drink. We started in the kitchen around a table where we introduced ourselves and chatted about our farms. This visit was organised by Sylvain Hypolite of Agro D’Oc (www.agrodoc.fr). Unfortunately Sylvain at the last minute could not make it so he sent Alexandre Castagne along. Agro D’Oc is a cooperative group which buys grain, inputs and also provides advice to its 1,000 members. They also organise farmer meetings for about 50 groups (CETA) of farmers in their area. They meet about twice a month to share ideas and be nosy, just like all farmers. Today happened to be a meeting: I am not sure whether it was already organised or whether it was for my benefit! Hopefully I did not disappoint

We had a look around Jean-Paul’s farm. First we went to a field with a cover crop:

This is a phacelia, clover and bean cover crop after wheat. The beans and phacelia are in two rows close to each other, then he plants the maize in between. The clover he spread on the top with lucerne but only the clover grew. In another field the same he had already had a cover crop of sorghum which was destroyed before the beans and phacelia were planted, not sure if it was the same here.

You can see the clover growing in the cover above. This clover, though, was planted two years before.

We then went to see two lots of drill trials on the farm. The first involved wheat into maize stubble comparing his horsch, Aurensan, Sly Boss and a Semeato. 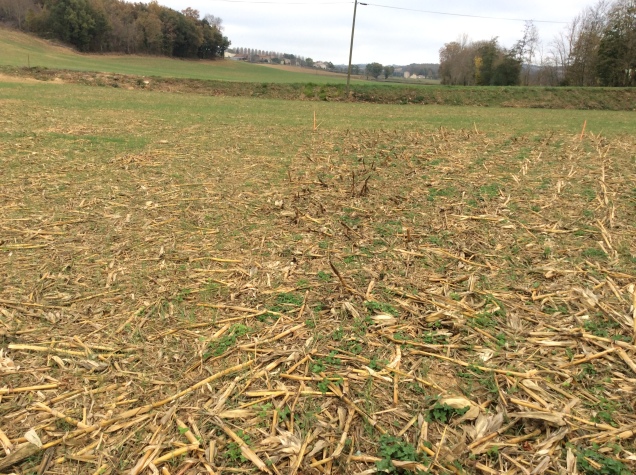 The field above he had spread clover into the previous maize.

Second trial was wheat after soya

The drill struggled a bit as the soya residue blocked a couple of coulters. Again he had spread clover and lucerne before in the previous crop

Jean-Paul can irrigate some fields which in some years is the difference between some crop and no crop. 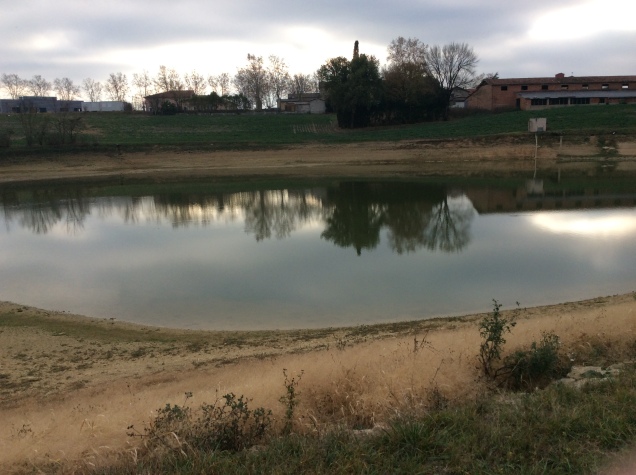 Then we went to look at the machinery. Jean-Paul is very handy with a welder and obviously a talented fabricator. Apparently he spends all the winter in the workshop. The tractor was the only thing that was still factory standard and had not been modified.

Below is his  rotavator that he has modified into a seeder

Below is his current project 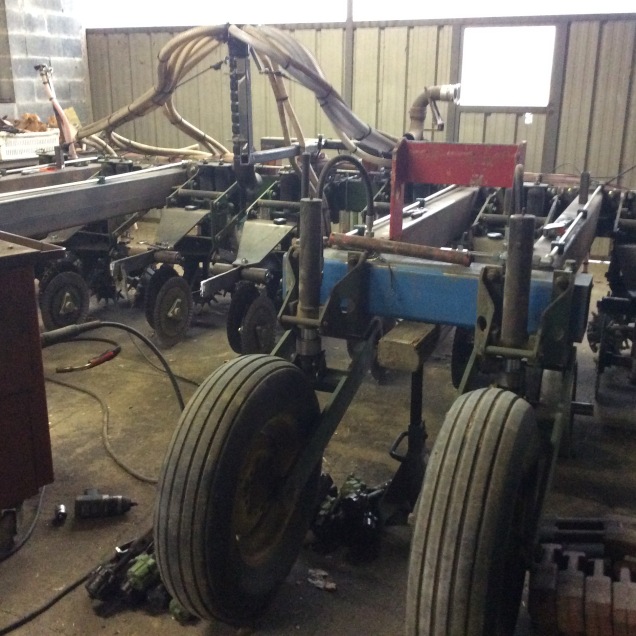 Then below are a few more of his creations: 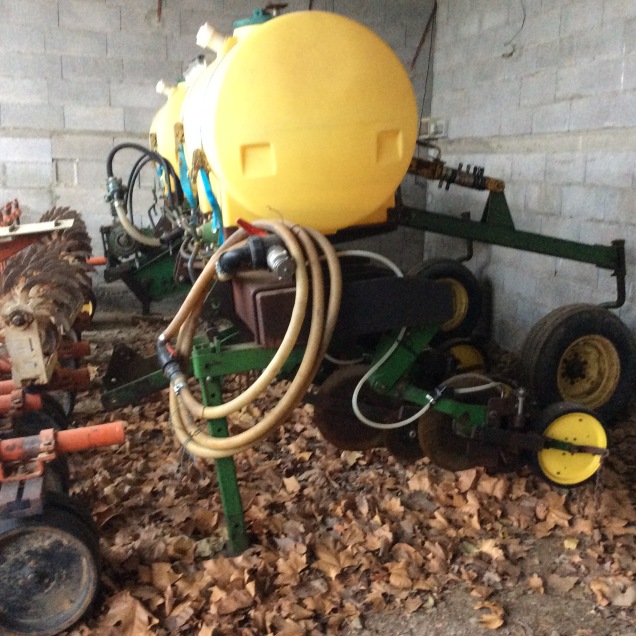 It was an interesting afternoon seeing Jean-Paul’s farm and all his home-made equipment. The imagination and inventiveness of farmers never ceases to amaze me. Thank you to both Jean-Paul and Alexandre.